The SANT’ISIDORO project, named after the farmer who became the patron saint of peasants, was created to launch a healthy occupation, respectful of creation. Saffron represents the desire to revive a more sustainable relationship with nature and return to a simpler, manual existence. This ancient spice was cultivated in Piedmont up until the fifteenth century. Using only Organic Farming methods, SANT’ISIDORO’s determination and dedication has brought saffron back to the gentle hills of the Roero region.
SANT’ISIDORO is a young company established in 2016 by Fabio and Maria Paola, an offshoot of the consolidated agricultural activities of the family business “Repellino Maria Paola”, active in this sector for the last ten years. 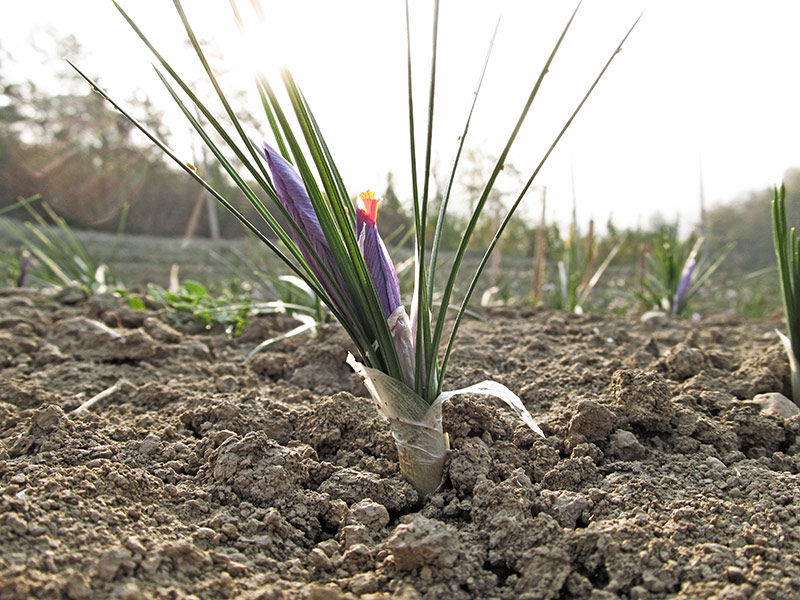 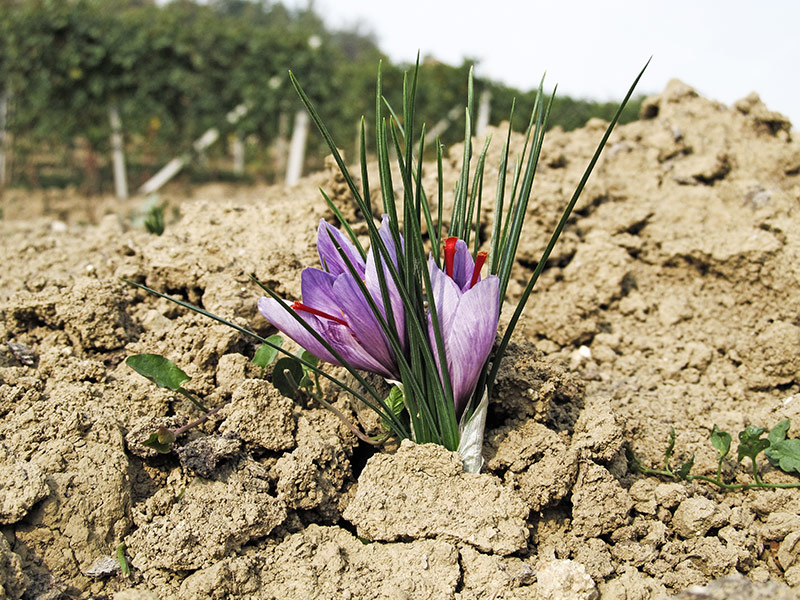 THE STORY OF A PEASANT WHO BECAME A SAINT

Isidoro was a poor peasant born in Madrid in the late eleventh century. Every morning he used to get up, earlier than he needed to, just to go and pray in church. Afterwards it seemed to him that work was less tiring and he did it better. His master, a rich landowner, was amazed that Isidoro could hoe so much land or plough so many furrows. One day he hid to watch him work. His amazement turned to wonder when he saw two angels working side by side with Isidoro. There was nothing left for the master to do except entrust his lands to the peasant and his angelic helpers. The land began to yield even more fruit, benefiting not only the master, but also the poor to whom Isidoro donated nearly all his share, in agreement with his wife, as upright, honest and religious as he was. Despite their generosity, they lacked for nothing.
During the winter, Isidoro considered hungry sparrows to be poor as well. So on his way to the mill he scattered handfuls of grain along the road. When he got to the mill his sack was half empty, but still he returned home with a sack full of flour, because when the few grains of wheat were ground they yielded double the amount.
Even after he died Isidoro continued his charity. In fact, miracles flowered on his tomb. To be cured of a serious illness King Philip II had Isidoro’s remains brought to him at the palace. After being cured, he informed Rome that in Madrid there was a peasant who had been waiting to be canonised for five centuries.
So peasants now have their patron saint. A hardworking peasant, just like them, but perhaps more generous.

In search of excellence

The hills, a UNESCO heritage site